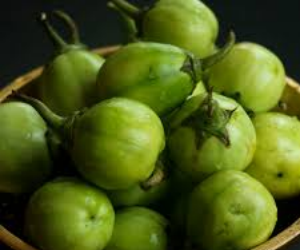 Since 1787, when the city was founded, Freetown has been many things. A haven for freed slaves, a trading hub, a World War II Naval Base, the heart of academic excellence in West Africa and in 1961 it became Sierra Leone’s capital city and the seat of government. We are the largest city in Sierra Leone and home to our nation’s legal, business and diplomatic communities. We are the engine of Sierra Leones economy, creating 30% of the country’s GDP despite housing only 15% of its population, and occupying less than 0.5% of the national land mass. The city’s natural environment is unique. Its boundaries are mountains, forests, rivers, and the Atlantic Ocean. Our city has the potential to be the most beautiful in Africa, and one of the richest and most dynamic, but we face severe challenges.

With over one million residents, and a growth rate of 4.2% per annum, Freetown’s population is expected to double by 2028, yet as we stand, housing, health, education, sanitation and other services are already inadequate for the existing population.

Our way of life is threatened by the lack of city planning, which has led to inefficient and sometimes dangerous land use. The built-up area beyond Freetown’s municipal boundaries started in 2000s, and has expanded by almost by a third. The result is a sprawling and fragmented city, with poor infrastructure, poor management of road space, and inadequate public transport. We know from bitter experience that unabated deforestation, coastal and river bed constructions and land reclamation have created a perfect recipe for flooding and landslides.

The water and sanitation gap

About 95% of Freetown’s population does not have access to mains water. The entire city outside the Central Business District is served by septic tanks, pit and bucket latrines. Solid waste is dumped on the streets and in rivers, blocking drains and watercourses and itself adding to the flood risk. The absence of an adequate waste management system caused both health and environmental problems. Diseases such as malaria, typhoid, cholera and dysentery can be attributed directly to our water and sanitation gap. The health costs associated with such waterborne diseases can represent more than one third of the income of poor households.