Mayor Sensitizes Traders & Businesses in the Lumley Area about Sanitation

The Mayor, together with the four councillors that cover the Lumley area and a small group of staff from the sanitation and stores departments of the Freetown City Council (FCC), undertook an impromptu sanitation-sensitization exercise at Lumley on Sunday 24th February, 2019. 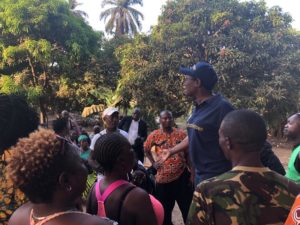 As the commercial center of the west end of Freetown, Lumley is notorious for heaps of garbage along footpaths. Consequently, FCC finds it critical that the businesses and residents of Lumley match the efforts of Council to keep the area clean.

The Mayor and her team visited several shops and informal traders to sensitize them about their responsibilities towards the city’s cleanliness. These responsibilities included keeping the premises around shops & markets clean, and properly garbage disposal. 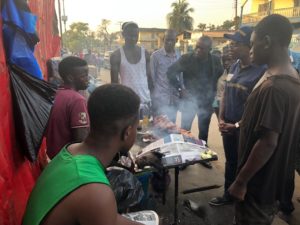 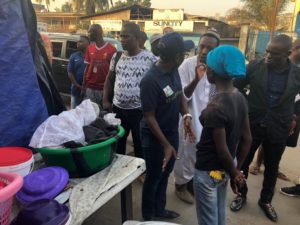 Effective Monday 24th February, 2019, FCC will start collecting dues from traders who sell in the evening and the Council, on Wednesday 26th, February 2019, will commence an evening-sweeping initiative.

The Council is urging everyone living and working in Freetown to support its resolution to keep Freetown in clean. One way everyone can do play a part is by participating in FCC’s Cleanest Zone Competition.

Read more about the competition here. 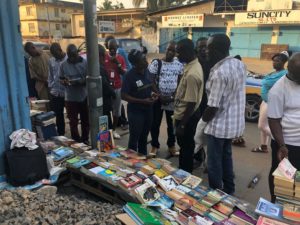