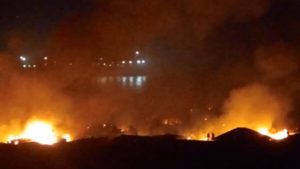 On March 4th and 7th respectively, fire gripped the Kroo Bay and Susan’s Bay communities, completing or partially destroying properties and rendering hundreds of residents homeless. The Freetown City Council (FCC), together with numerous partners, has worked with both communities to rebuild homes destroyed and to restore households that were affected, as an immediate response to the disaster. During the incident in Kroo Bay, fire services could not reach the affected area as there are no access roads. The Community Disaster Management Committees (CDMCs), which are local teams set up by Office of National Security (ONS) with the support of CRS, and trained to respond to disasters, together with the community youth, were the first responders on the scene, working tirelessly to contain and put out the fires. In Susan’s Bay, there was support from the National Fire Force. In the aftermath of both fires, more than 150 homes and 1500 people were affected across both locations. 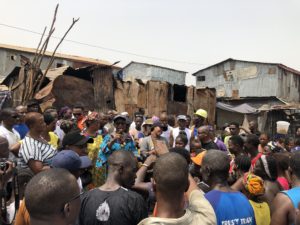 The Mayor of Freetown witnessed the Kroo Bay inferno first hand as she received a call from community members and drove over to Kroo Bay at 4.00am. In conversations that early morning, the affected residents expressed their concerns about being homeless with the rainy season fast approaching. Mayor Aki-Sawyerr promised the residents that she would do everything possible to help them rebuild their homes, whilst simultaneously working on medium-term opportunities to improve informal settlements in Freetown. The Mayor explained, “You cannot continue living in these conditions. As a Council, we are working on plans to improve your communities in the medium and long term, which will involve some of you moving out of Kroo Bay. But for now, it is imperative that vulnerable women and children are protected and not left to sleep out in the open. So, we will help you rebuild your homes.” 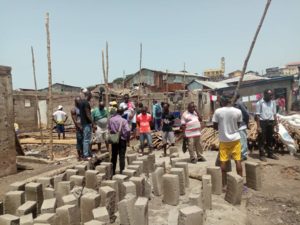 FCC in collaboration with ONS, facilitated the involvement of non-governmental organisations to determine the level of support that could be given to the communities and to strategize on how interventions will be implemented. A needs assessment was conducted to find out what materials were required for supporting the affected residents, including those whose houses were partially destroyed as the community tried to prevent the fire from spreading. Welthungerhilfe, a key FCC partner, distributed mattresses and blankets to affected residents in Kroo Bay for all households affected. Following many hours of community meetings, and planning and brainstorming sessions at FCC, it was agreed that shelter kits would be provided to the affected landlords for the benefit of them and their tenants. On March 17th,Concern Worldwide, began distributing the shelter kits, which included cement, granite, sand, working tools and corrugated iron sheets, to those whose houses were completely or partially burned by the fire in Kroo Bay. On 30th March, CRS and Caritas started the distribution of similar shelter kits to Susan’s Bay. 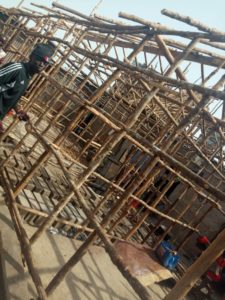 FCC has been present on the ground every day since the fires happened at both locations. Councillor Madinatu Kamara of Susan’s Bay and Councillor Murray Alie Conteh led the Council’s efforts to engage the communities, particularly the affected residents, and maximise cooperation throughout the distribution and reconstruction processes. The Urban Development & Planning and the Social Services departments of FCC have monitored the distribution process to ensure that partner resources are efficiently used and that affected residents receive what is due them. FCC’s Engineering Department has been monitoring the building process to ensure that there is ample space between houses and to ensure that no two-storey zinc homes are re-built in Susan’s Bay. Two-storey zinc homes are a new trend in informal communities which are prohibited by Freetown City Council because they make no provision for evacuation in case of emergencies and put the lives of other residents in greater danger. Additionally, CRS provided training to the affected residents of Susan’s Bay on how to rebuild their homes and on how to respond to disasters. Furthermore, FCC is investigating concerns raised by some of the affected residents about the distribution of shelter kits. 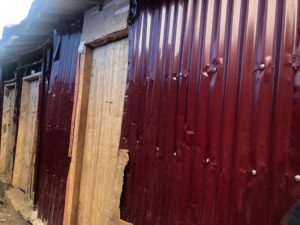 The communities have expressed tremendous appreciation for the work of the Mayor, the Council, and their partners. Dalton Koroma, a landlord in Susan’s Bay explained, “I do not know what I would have done had the Mayor not come to our help. This is the first time ever that a Mayor is helping us reconstruct our homes. They usually just give us some money and food. I am grateful to Freetown City Council.” 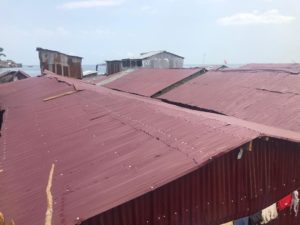 The reconstruction of homes will end on May 19th. The Council will then set out to work with the communities to find more permanent solutions to the problems informal communities face. Special thanks to all our partners. 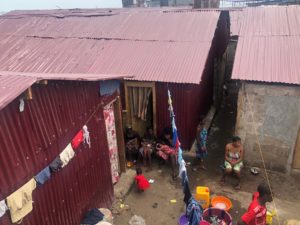